Showing posts from December, 2014
Show All

- December 22, 2014
Where: Anglican Church Hall, Apollo Bay
When: Wednesday, 7th January to Saturday, 31st January 2015 A fantastic group of Artists, working in mediums like photography, sculpture, textiles, painting, woodwork and more, invite you to experience the Tactile Pleasure of their exhibition.
Below is a taster of the January exhibition. Detailed information about all the participating artist can be found at the Tactile Pleasure Facebook page.
Post by Tactile Pleasure.
Read more 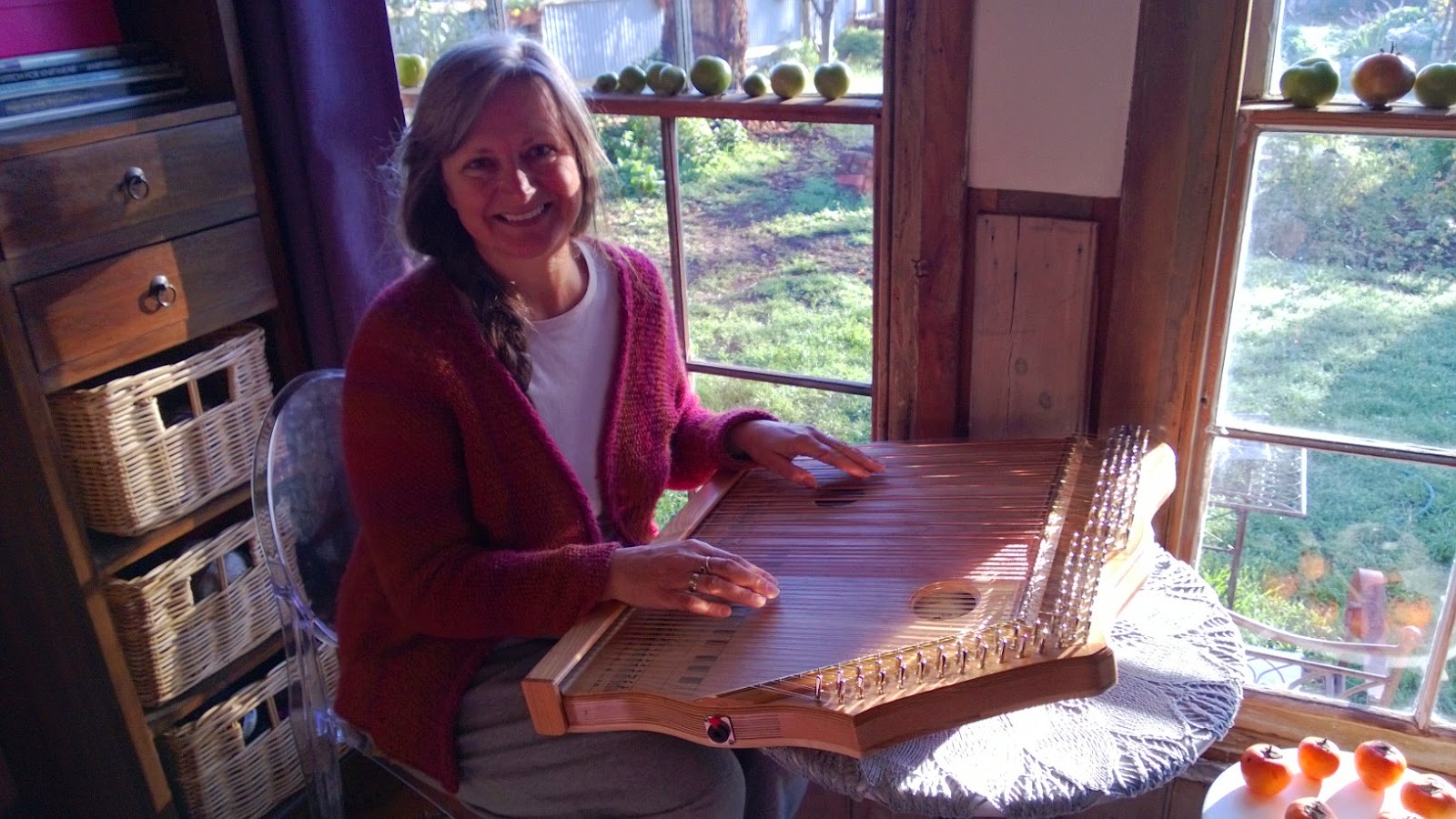 Whilst music played a big part in Angie's younger life, it wasn't until she was in her fifties, seizing the opportunity an empty nest provides, that she started her music studies with a renewed focus.

She calls it her 'Alzheimer prevention program'. Angie's studies follow the Music Theory and Music Craft syllabus of AMEB.

Originally she chose 'voice' as her instrument, but her Austrian heritage and life's circumstances brought the zither back into her life and she now works through her course using a 9 chord zither with 2 and a half octaves of melody strings.


This beautiful zither was made to her specific requirements by
Zitherbau Marko
one of the few German zither builders still in operation today.

It's almost impossible to learn to play an instrument without learning about it's history and it is the history of the chord zither that provided the spark for Angie to seek out and restore, with the help of her husband, antique chord zithers.

The Merger, 2nd May at Birregurra Hall

8. Create links between arts agencies and the community