Showing posts from October, 2015
Show All

How about a movie? 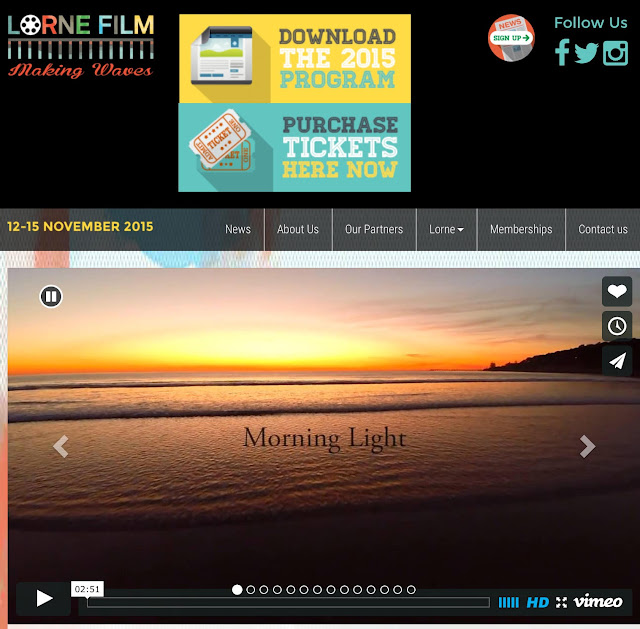 For all the info go to  http://www.lornefilm.com.au/
Read more

The Arts Group Expo Wrap in words and images!

The Arts Expo @ the Masonic Lodge another festival success It was only the second year that BCAG has taken over the abandoned Masonic Lodge to bring you a collection of arts demonstrations, sales, music and displays of what the arts groups has being doing and contributing throughout the past year. We had well over 500 people through the Lodge, all of who were gobsmacked that such a small town could be doing so much in the arts. Well done to all those who contributed including all the artists and BCAG volunteers for making the Expo so warm, welcoming and interesting. Special thanks also to Birregurra Primary School and the very clever Ron Eichler for their fabulous contributions which made the entrance and walls of the old Masonic Lodge even more beautiful. The Lodge wasn’t the only place you could see arts group members. At  10.30am   Saturday , the Ukulele Kollective strutted their stuff on the street stage – blowing passers by with their high energy and fun songs. It’s amazing
Read more

Join the Birregurra Ukulele Kollective and Community Choir for some carols on Christmas Eve in Birregurra Park. Joining forces with the CFA who bring us our annual Santa visit, the Ukes and Choir will entertain for an hour or two in the early evening while everyone enjoys the CFA BBQ. Come along and bring the whole family to get primed for Christmas Day. Times and more details will follow. Stay tuned!!
Read more 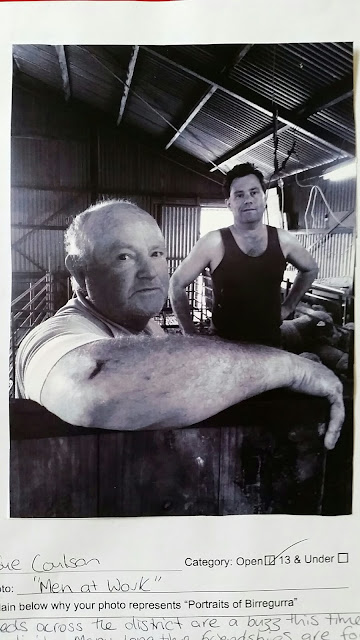 Snapshots of Birregurra is a community arts engagement project developed by Birregurra Community Arts Group, Birre Mail and Birre Historical Society—using creativity to swell community pride while also providing a catalogue of images which will be archived at the Historical Society – a gift for our whole community. This year’s 59 PORTRAIT entries were very strong with many familiar faces captured with honesty and warmth. Judges chose the winners, not just based on their technical appeal but also for their sense of place and the image’s story. OPEN CATEGORY WINNERS WINNER ($100): Sue Coulson with “Men at Work”, a beautiful image of the workers in a Birre shearing shed portraying a story of hard work and friendship.   RUNNER UP ($50): Rebecca Diamond with her captivating image “Reflecting” with her young son and whippet taking in the views of Birre golf course. Rebecca is the grand daughter of Lenn Robb who Snapshots was created in memorium for. Commendations also go t
Read more

Coming to COPACC in November & December ...

FLAK Tuesday, November 17, 2:30pm & 8pm 65 minutes (no interval) Box Office: 5232 2077 Adults $41 Concessions $36 Students $25 Based on his two best-selling books, Flak and Fly, well-known writer and performer Michael Veitch presents Flak – true stories from the men who flew in World War Two. He takes on the roles of five former airmen, recounting their extraordinary, compelling and largely untold stories of combat. We meet Australian bomber pilot Bruce Clifton whose Lancaster was shot down over neutral Norway, Englishman James Coward who flew a Spitfire shot down by a German gunner in the Battle of Britain, a Welshman, and a former Nazi pilot. The stories are interwoven with insights from Michael Veitch’s lifelong obsession with air warfare and humorous anecdotes shared by the 50-plus pilots, air gunners and bomb aimers Veitch has interviewed. Join Michael Veitch for a post-show Q&A, plus afternoon tea, after the 2:30pm show. Proudly sponsored by Cape Otwa
Read more
More posts