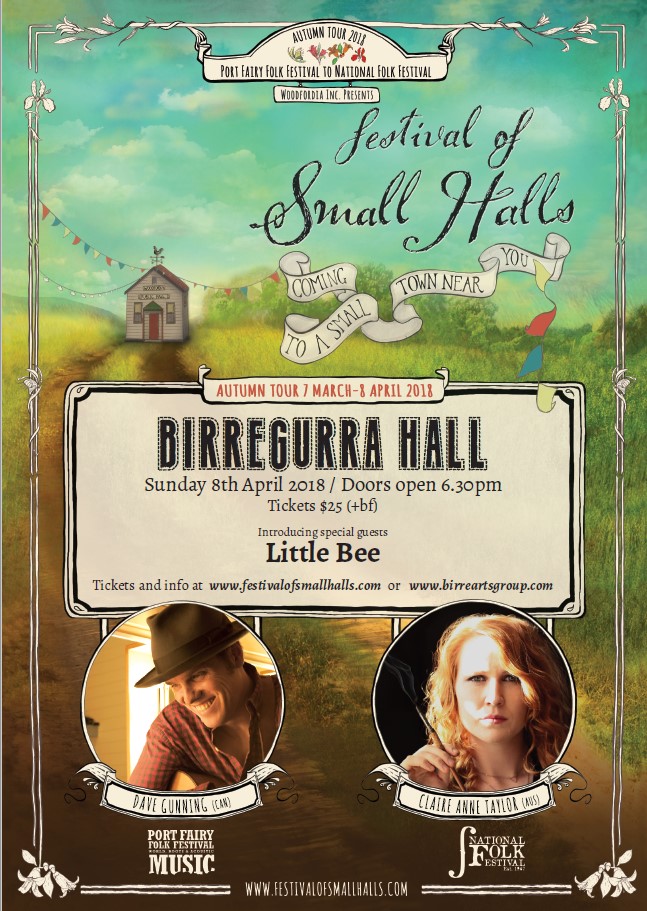 CLAIRE ANNE TAYLOR (AUS)
Taylor crafts soulful folk songs that capture both the beautiful and dark elements of the human experience. Her music ranges from warm, mesmerising ballads to epic anthems. With vivid storytelling, colossal vocals and a powerfully captivating stage presence, her live shows leave the audience in no doubt that they have just witnessed something extraordinary.

Gunning’s recording career is now approaching a full two decades in length (his debut album, Lost Tracks, came out in 1996). Along with richly-deserved peer respect, he has also earned a shelf full of music industry awards. That tally now stands at eight East Coast Music Awards and two Canadian Folk Music Awards, plus a 2012 Juno Award nomination in the Roots & Traditional Solo Album of the Year category for his album …a tribute to John Allan Cameron, a compelling homage to another of Dave’s Maritime musical heroes.

From the East of Melbourne comes Folk duo, Little Bee. In their music, you can hear traces of Norah Jones, The Milk Carton Kids and Tinpan Orange. Their harmonised vocals, Earcatching instrumentation and engaging songwriting creates the foundation for their captivating approach.

Bethany Peele and Bryce Turcato formed the group in 2016, forging their musical abilities to create a sound that is warm and unique. Having shared the stage with bands such as Lily & King and Alyce Platt, Little Bee is quickly building a profile in the Melbourne music scene. 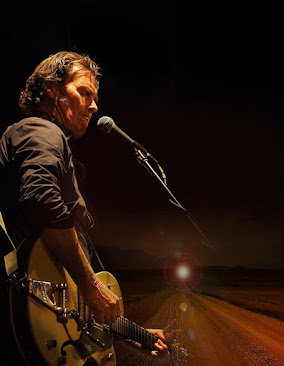 Neil Murray with his band at Birregurra Hall