- April 06, 2018
Barking Spider Visual Theatre-SALT, a collaboration
Come and listen to the artists talk about SALT and the collaboration

In the meantime, drive by look through the window both day and night and see the story, the glistening salt, lights and shadows and imagine.

SALT plays with the dream world.
This is a dream of another time and place-
A place where the impossible to possible and the improbable is
likely

When you look in the window of WINDOWSPACE-BEEAC, you will see, illuminated, a debutante dress.  This dress is hovering, floating above a bed of glittering, sparkling salt.  This dress is not static though.  As if inhabited by the ghost of a long forgotten dancer, the dress rotates, slowly around and around. The dancer - the imagined young woman in the dress, is changeling: transforming from human to Brolga - or is it the other way round?

Within the dress itself appear shadows.  These tell a cyclical tale of a young woman transforming to a brolga and back again, alluding to the local Dreamtime story.

Scattered throughout the salt are left over things, forgotten and abandoned things - forgotten and abandoned from a woman's story that has never been told.  These objects themselves are being repossessed by nature, by lichens and flowers, by bugs and birds, and by rot and decay. Some of these things though, float, hover - sometimes spin, above the salt, with minds of their own.


This is the universe where a woman is centre - a changeling.
This is a woman's story that possesses the land.

SALT is a visual arts/installation project addressing historical female representation in local history with a focus on the region's Salt Lakes. SALT is a partnership with WINDOWSPACE-BEEAC,Studio 92 SkillConnection Colac, Colac Otway Arts Trail and enLIGHTen Me Festival, Birregurra.  SALT was led by regionally-based Barking Spider Visual Theatre and engaged artists of diverse abilities across Colac-Otway area.  The project was developed at Barking Spider's studio at Red Barn Farm in Cundare North.

The artists are Penelope Bartlau and Jason Lehane, who are new to the area, having bought a small property in Cundare North in 2015. The farm - Red Barn Farm, has a big old barn, and this is the artistic engine room for the artists, and for Barking Spider Visual Theatre - their company.  Penelope and Jason were joined by artistKyoko Imazu, another stable Barking Spider artist.

The artists trialled leaving objects-including Penelope's mother's wedding dress, a cow skull, macramé shell plant holders, pearls, feathers and bones, in highly salted baths.  Following the "how to salt crystals" method, they hoped to grow salt crystals on these objects - but the crystals wouldn't take.  So they went to Plan B-still using salt crystals as a main feature of the installation, but with objects buried/submerged in the salt, and the dress embellished with feathers from local birds.

Kyoko worked on the shadow puppets, Jason was responsible for the lighting, and Penelope pulled together the other elements for the installation. 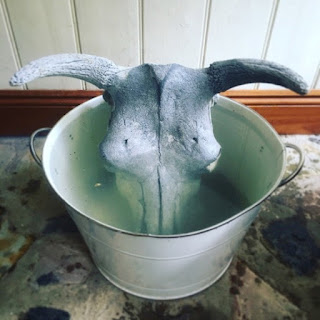 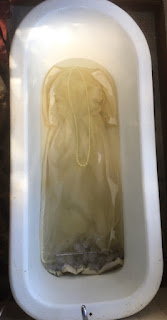 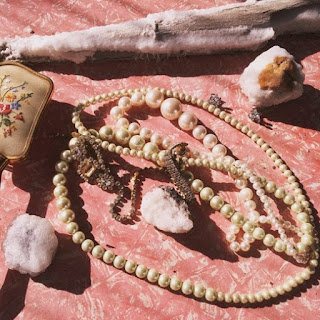 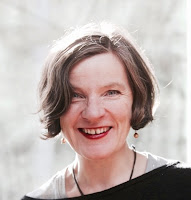 Penelope and Jason each have multiple art-form practices, which combined encompass theatre creation, performance and design, puppetry, installation creation, writing, lighting and set design and story telling.  Penelope is the artistic director of Barking Spider Visual Theatre and Jason is one of the company's core artists: they have been artistic collaborators for 15 years.  For SALT Jason created the lighting design and collaborated with Penelope on the overall installation design.  Penelope worked on the detailing within their installation.

Kyoko is a Japanese artist whose practice encompasses paper-cuts, printmaking, bookbinding and ceramics.  Kyoko made the shadow puppets for the installation.  Barking Spider Visual Theatre works across museums, galleries, theatres, communities, schools, festivals, residencies, workshops for radio and for site -specific projects.  Please look us up on social media or our website. 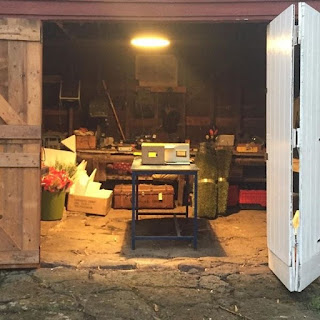 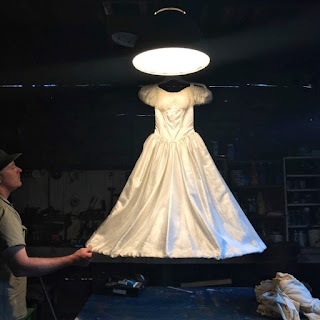 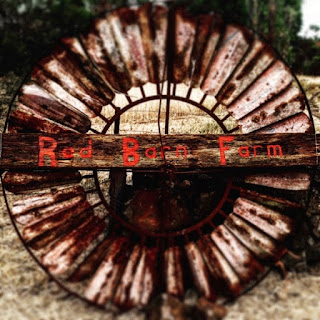